If you have, you’re probably scratching your head as you stare at the low number in red, wondering why your site is so slow. At least that is likely the case if you’re using Google’s PageSpeed Insights tool to measure its speed. What to do?

Whoa! Hold on a minute. Instead of acting so fast, take a deep breath, research a little, and then decide what to do. (Trust me, we already did some of the above things and it didn’t go so well.)

Your site probably isn’t any slower than it was before

If you’re using Google PageSpeed Insights to test its speed, the reason your site speed number is so low is that Google changed the tool it uses to measure site speed. The new tool measures page speed differently. For example, if we switched the way we measure a runner’s speed by adding the number of steps he took to his time, it would raise a few eyebrows. Everyone’s speed would be slower.  This is pretty much what happened with the new tool. Your site speed is the same as it was before. The new tool just adds more things into what it measures, giving it a lower (slower) score.

Obviously having a better user experience is a good thing, resulting in happier website users and, presumably, more leads or sales. But the buck doesn’t stop there. Mobile page load speed is now a factor in Google’s ranking algorithm. So not only are slower sites less successful from a user experience perspective, but they will also be less visible on Google searches.

Why? [is Google making our lives so difficult]

Because Google studies show that people really care about the speed of a page. People want to be able to find answers to their questions as fast as possible, and Google wants website owners to deliver a fast user experience to them. The Chrome User Experience Report (CrUX) contains all the technical details, just in case you’re interested. The new Page Speed Insights tool uses both performance and user experience metrics from CrUX to arrive at the mobile and desktop page speed numbers.

This didn’t happen overnight here. Here’s are some significant events hinting that Google was going to do something like this, and also their way of convincing us to speed up our sites:

At Top Of The List, we did not start seeing the exceptionally low mobile page speed numbers until January, 2019, although we noticed steadily decreasing page speeds before that time. The Lighthouse tool uses average page speeds over the previous 30 days, and it may not have had all that data initially. Does this mean if we improve a page’s speed to 25, that it will eventually improve more than that once more days have passed? Time will tell.

There are some schools of thought that feel we should do nothing. Our pages load pretty fast on mobile and we’re not unhappy. Things are just getting too expensive and we have limited time and budgets. If none of us respond, then it won’t matter. We’ll all continue to rank as we are now.

But we all know better. competitors are already responding by trying to speed up their sites. The early bird will get the ranking worm, so to speak.

There are some relatively low-cost things you can do that will help improve your site’s speed. Running PageSpeed Insights and learning about all the ways this tool recommends be done to make your site faster is a wise start. Most will require help from your developer, but you might be able to optimize images on your own. Some popular strategies include:

Optimize graphics to reduce their size – here are 3 options

A CDN is a geographically distributed network of proxy servers and their data centers. The closer the CDN server is to the user geographically, the faster the content will be delivered to the user. Popular CDNs include Google Cloud CDN, CloudFlare, MaxCDN, Amazon CloudFront, and many more. Most CDNs have a free plan, with levels of perks available at monthly rates.

Many of today’s websites are designed with long, scrolling home pages. Lazy Loading is a method to keep the images from downloading only when the user needs them. Some WordPress plugins offer Lazy Load capability, such as WP Rocket.

If you’re interested in job security over the next few years, you might want to take a crash course in AMP (Accelerated Mobile Pages). The AMP project is an open-source library that provides a way to create web pages and ads that are consistently fast, beautiful, high-performing across devices, and that load near instantaneously for users. Moving your site to AMP will most definitely increase its mobile speed, but there are drawbacks:

The truth is that eventually, we will all likely be using AMP. It has quite a ways to go, , and that could be a reason to hold off before developing your site in AMP. We suggest thinking about it now, learning a bit more about it, and taking the plunge if you have the resources to do so. As more features are added and bugs in standardization are worked out — along with plugin and platform adoption — the cost should decrease, applications should play nicer with one another, and we’ll all have a faster Internet. And then? Google will be on to its next big project . . . although you can be certain they’ve already started on it. 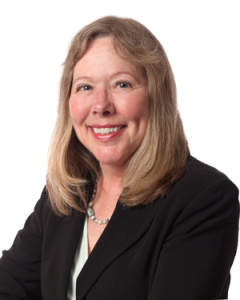 Bev founded Top Of The List in 2006 and has over 25 years of experience working with technology. In her free time, she competes in dog agility competitions with her Golden Retrievers, Cosmo, and Finn.