Game of Thrones is back for its final season, which means one thing: it’s time to take a break from crafting your “Cleganebowl 2019” giant foam fingers and make some character comparisons! It turns out that our friends in Westeros (and beyond) have a lot more in common with the realm of WordPress plugins than you would think.

No season 8 spoilers – we promise – but the rest of the series is free reign.

By the beginning of Season 8, it seems like everyone and their squire is laying claim to the throne, but it’s difficult to argue that any of these contenders have as much leadership chutzpah as Daenerys Targaryen. This is particularly important in a world of people who desperately need navigation (you can see where this is headed). The similarities between the Queen of Dragons and SevenSpark’s UberMenu plugin are plentiful: Adaptability, responsiveness, expert guidance, beautiful long flowing platinum hair… Okay, maybe not the last one, but they both nail it on aesthetics. Plus, once this whole “Iron Throne” drama blows over and Dany retires to start a blog about dragoncare, she can use the plugin’s dropdown flyout feature on her site – pun intended.

Sometimes a person just needs choices. Do I want a sidebar with an image slider or video?  Should my footer have a map or social media icons? Should I be an elderly fruit vendor today or the son of my enemy? One of these questions can be answered by Game of Faces world champion and tiny assassin, Arya Stark — The other two questions can be addressed with the SiteOrigin Widget Bundle plugin. Like human faces, their widgets are highly customizable and offer unlimited colors. And with established developer SiteOrigin behind it, you’re likely to get regular updates and good forum support. I wonder if they offer any widgets that sing songs around a campfire with Ed Sheeran.

Lord Varys is basically the Facebook of the seven kingdoms, but without the computers or baby pictures or really anyone else being aware of what’s going on besides him. He only shares news with those he trusts but is always gathering the kind of information about others that is actually kind of creepy when it’s not offered up publicly in a status update. Like Varys, the Social Snap plugin thrives off of encouraging people to share information. This social network content sharing plugin turns every WordPress site into a “little bird” that either figuratively or literally tweets information into the socialsphere. Luckily, we live in a reality where oversharing gets you endorsement deals and not orders to murder people.

Yoast SEO and Jon Snow are both necessities, depending on whether you are building a WordPress site or fighting an army of the undead. The humble king has been essential in preparing the Night’s Watch for battle and leading them through the snowy darkness, which I assume is made entirely of questions that the writers have failed to address (where does Bran go when he rolls his eyes back into his head? Will Bronn get his castle? What does the Mountain do in his free time?). Just like Westeros is nothing without Jon Snow, WordPress sites are nothing without Yoast.

With over 5 million installations, you’d be hard-pressed to find a WordPress site that doesn’t utilize Yoast. This is, in part, thanks to WordPress’s baffling decision not to include the ability to easily add meta titles, descriptions, and other SEO basics to pages. Good thing old reliable Yoast has held steady for the last 9 years – let’s hope Jon meets the same good fortune.

In a comparison between Tyrion Lannister and the MonsterInsights plugin, I focus on the “insights” and not the “monster”, despite what the citizens of King’s Landing foolishly believe. For a character that “drink(s) and know(s) things”, it’s not a surprise that he is one of the most enlightened residents of Westeros; being constantly underestimated helps to develop one’s perception. This is exactly why he was named trusted hand of the queen to Daenerys, which is the GoT equivalent of the most popular tool used to make informed decisions based on site traffic and audience behavior. Like Tyrion, MonsterInsights quietly observes its surroundings in order to decide the next steps. There’s also a rumor that MonsterInsights once requested that JetPack represent it in a trial by combat (citation needed).

There could not be a more perfect match than the WordPress Multilingual (WPML) plugin and Dany’s lovable sidekick, Missandei. The trusted advisor speaks 19 languages including Dothraki, High and Low Valyrian and Westeros’ Common Tongue. Though WPML will probably not translate your site into Dothraki (yet), it does come with over 40 languages and allows you to communicate with anyone. Jinak plugin is the jalan ki tih atthirar.*

*Translation: This plugin is the moon of my life (roughly).

Speaking of people freed by the Dragon Queen, Grey Worm and the Unsullied are so loyal to Daenerys that she set them free from their chains and they still stuck around to defend her. Not since Kevin Costner has a more dedicated bodyguard (or in this case, bodyguards) stood to protect their muse. That’s the kind of security you expect from the WordFence plugin, the most popular firewall and malware scanner plugin on WordPress. The open-source software even monitors live traffic to show hack attempts in real-time. And just like the Unsullied, it was created with the sole purpose of defending anyone who can acquire it.

Price: Free; Upgrade to Premium for $99

Petyr Baelish. Master Manipulator. High-functioning sociopath. Fairly standard political figure. No one is the master of redirection like Petyr Baelish. When a powerful member of society needs an unscrupulous favor or someone has a back that needs stabbing, Littlefinger is there with that weird kissy-face smirk on his face. If only he had the Redirection plugin, he could have redirected hundreds of plot-points from Dorne to Riverrun. And by plot-points, we mean URLs of now-defunct webpages that give visitors an opportunity to find useful content.

GoT fans have caught on to something that the people of the seven kingdoms haven’t: Samwell Tarly is more useful than he looks. He was the first character to kill a white walker onscreen, granted he shook like an electric toothbrush while doing it. Like Sam, the Disable Emojis plugin is also deceivingly helpful. As a sign that emojis will someday replace our Arabic letter system and society will eventually be forced to hold up tiny pictures of spaghetti when ordering dinner, the file wp-emoji-release.min.js is automatically loaded onto all WordPress pages. This allows authors to use emojis at will but just adds bloat for websites not built by 14-year-old Instagram influencers. Though small, this file can combine with other factors to slow down sites, which is particularly important on mobile. It’s not quite as exciting as killing a member of the Night King’s undead army, but it’s a start.

Even if you’re not a fan of Melisandre, you have to admit that her summoned god-powers are pretty impressive. Admittedly, it’s a lot cooler when she’s using them to bring beloved main characters back from the dead than turning into a puff of smoke and assassinating dreamy future-kings (so that’s what Smoke Cloud has been up to since Lost ended!). We like to think that she backed up an earlier version of Jon Snow and when his life crashed, she used it to restore him online.

Sound familiar? That’s what the VaultPress plugin does on the daily. It also has spam defense and finds vulnerabilities on your site. Just think of what the realm would be without Melisandre’s ability to bring the King In The North back from what I can only imagine was a relaxing vacation compared to the turmoil of saving the world. The Night’s Watch would have had to build another Jon Snow from scratch and hope that he turned out the same, all while doing damage control with the Maesters. “We swear we didn’t change anything. He just died!”

Let’s face it: if there is any GoT character that would have a podcast, it’s Euron Greyjoy. He believes he can do no wrong and is (somehow) convinced that he’s charming enough to come along out of nowhere and steal the Iron Throne from under Cersei’s involuntarily pixie-cut, yet surprisingly stylish, blonde hair. That’s not to say that podcast hosts are pompous – it’s usually quite the opposite – but Uncle Greyjoy is an opportunist and podcasting covers a wide berth.

Luckily for Euron, the Seriously Simple Podcasting plugin makes it easy to post podcasts on your site with RSS feeds, customizable media player, and video support. You can also combine it with Castos, a podcast hosting platform and the creator’s namesake, to upload media files directly in WordPress. I can almost hear Euron reading a scripted ad for ZipRecruiter now.

I hate to overuse the word literally, but there is literally no reason for this plugin other than to practice the dark arts on yourself or your unsuspecting co-worker. Logout Roulette can be installed on WordPress to randomly log out the user when an admin page loads (a 1 in 10 chance, to be exact). Just spent an hour and a half writing and revising a blog post that’s due in 20 minutes? What better way to celebrate than to get thrown into a panic attack because you’ve been logged out instead of saving your draft. The only thing more evil would be to kidnap and torture a fairly decent member of the Iron Islands, give him a humiliating name, force him to do your bidding, and subject him to unspeakable events. Actually, it’s a tie.

Agree or disagree? Did we skip any important plugins or characters? Let us know in the comments! 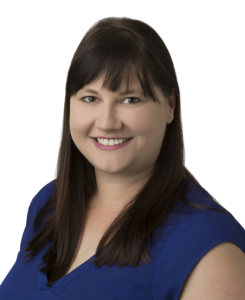 Mandie joined Top Of The List in 2018 and has a degree in Web Development. She lives in Grand Rapids, MI with her chihuahua-mix, Potato.